J and I decided to have a last-minute mini-blog party over Cinco de Mayo weekend.  We invited a few friends over and asked them to bring a side dish or drink for our “Summer is Here” Cookout.  As you can see, our friends showed up with amazing summer salads, along with drinks.

We started with some chips & homemade salsas, boiled shrimp, and jalapeno appetizers—jalapenos stuffed with spicy sausage and cheddar.  The stuffed jalapenos went so fast we didn’t really get a chance to take a picture.  Oh well, I will post that recipe next time.  They are really easy.

Then we threw some pre-baked chicken thighs on the grill with a little Texas BBQ sauce, and the eating continued. 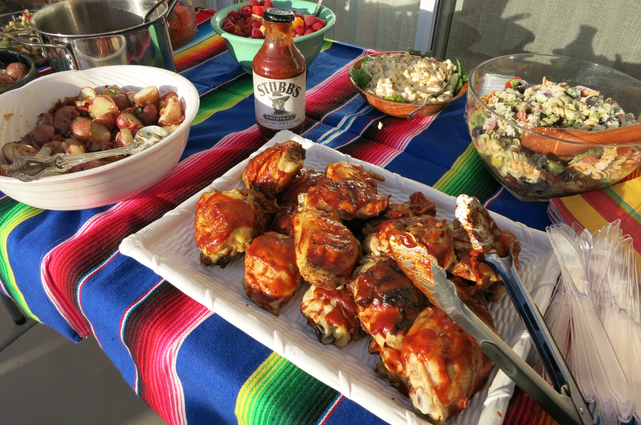 As with all of our blog parties, we always conduct a taste test to compare various recipes for one of our favorite foods.  This time we didn’t announce ahead of time what we would be tasting.  The surpise was that we were comparing a traditional flan with a coconut flan!   Yummy!!!  I baked the traditional flan in a 9 inch round cake pan. Watch for the recipe under the recipe tab—or subscribe to emails  from this blog (see the top right of the fancifulfoodie.com home page) and you will receive a copy when I post it. 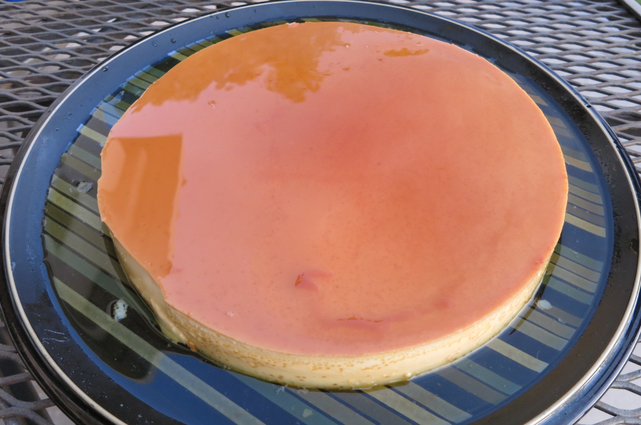 For the coconut flan, I baked it in a swirl-bundt pan and then decorated it with toasted coconut!  Watch for this recipe post too! 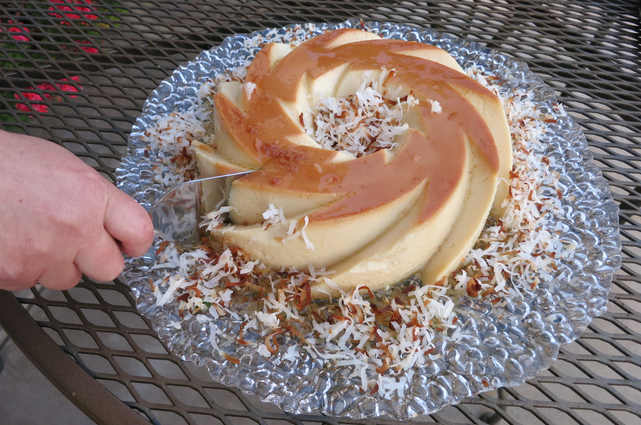 After giving everyone small servings of both flans, they were asked to decide whether they preferred the traditional flan, coconut flan, or neither.  Much friendly debate and discussion ensued between bitefuls of these luscious desserts.  And the result was:  the Coconut Flan!  But it was really close.  Both flans turned out really silky and smooth.  (For that texture, remember to strain the milk and egg mixture before baking it!)  Several of our friends, along with J, strongly preferred the traditional flan.  After all, there is a reason traditions live on.  But the coconut flan won over a few more people with its decadent richness.  Personally, I liked them both, which was a relief given that these were both recipes I was experimenting with and modifying for the first time.  Whew!  Watch for the recipes and let me know what you think.

Jan 3, 2015
This recipe results in granola with lots of small pieces and a few larger chunks.  It is intended as a snack mix or crunchy...

Red, White and Blueberry Shortcake—Perfect for the 4th of July