Gravy is just the right finishing touch for so many of my favorite foods—mashed potatoes, chicken-fried steak, chicken tenders, turkey, and so many more.  But you don’t want lumpy gravy, greasy gravy, or paste-like gravy, right?  Well this mushroom gravy is easy to make and is one of my favorites.  I start by slicing 8 oz. of fresh mushrooms by cutting each mushroom in half, and then cutting each half into slices about 1/4 inch thick.  Cremini mushrooms (the small brown ones) are my favorite for this gravy, but you can use white button mushrooms if that is what you have. 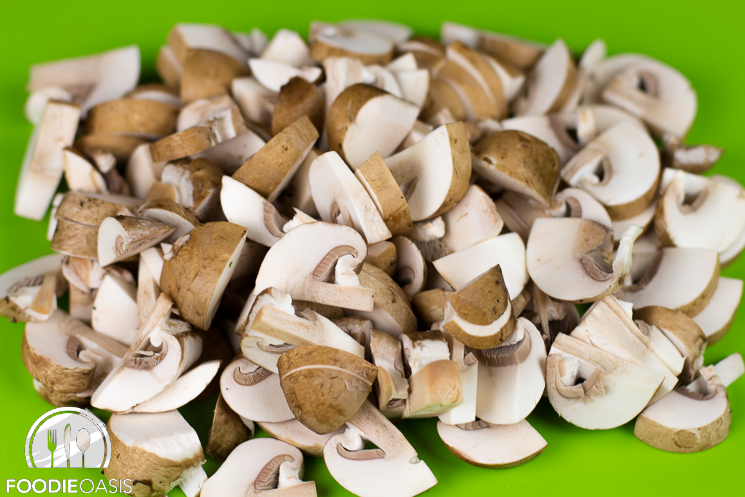 Next I melt a few tablespoons of butter (4-5 Tbsp.) over medium low heat and add the mushrooms. 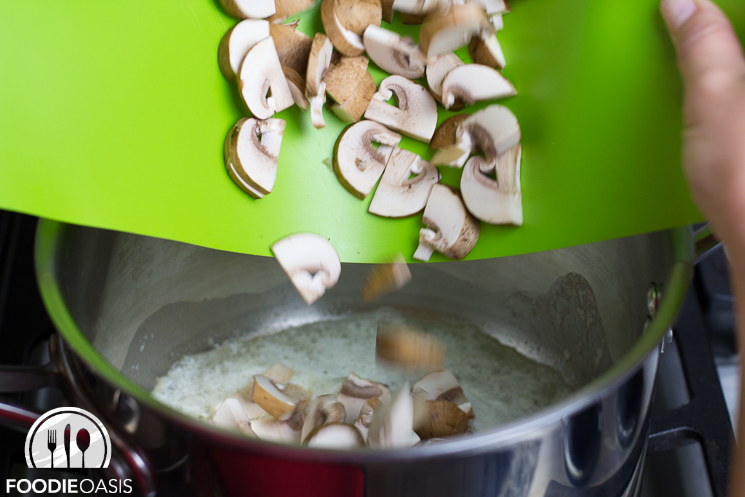 The mushroom will start releasing their juices.  Saute them until they are tender.  When they look like the picture below, you are ready for the next step. 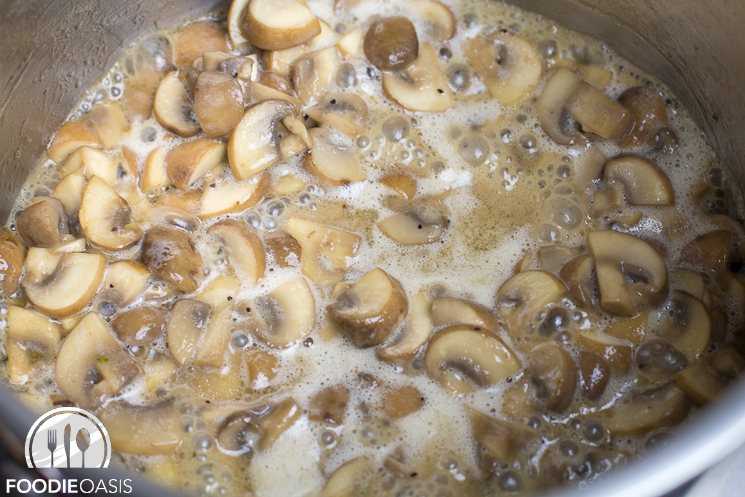 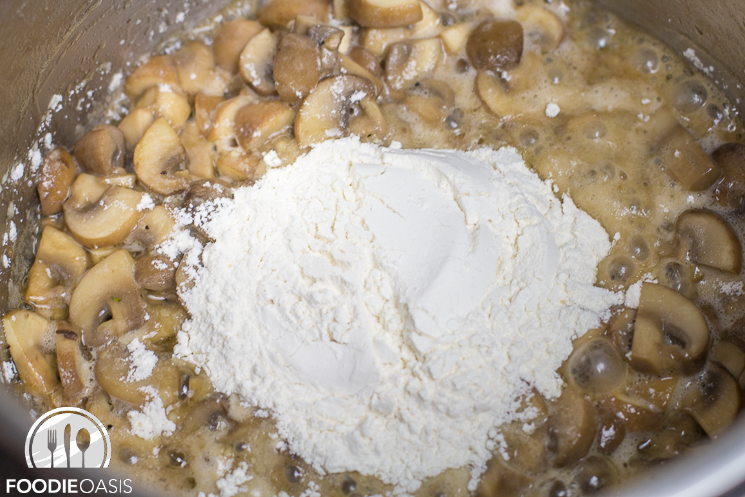 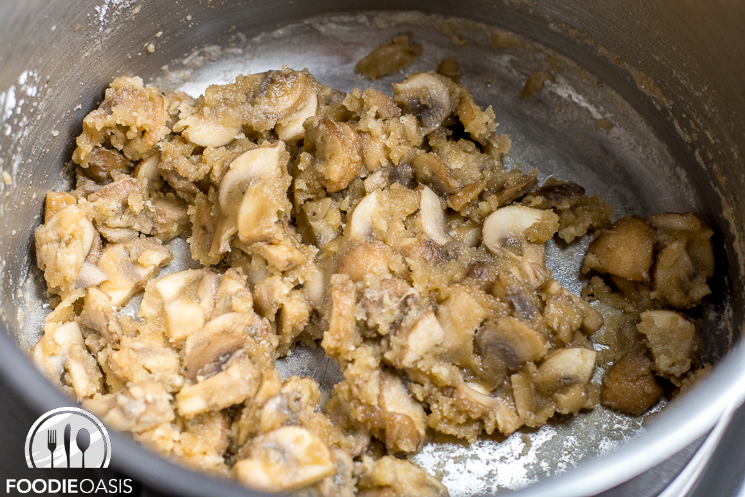 When the flour has cooked a little, I stir in about 3 cups of broth or stock.  Then I use a whisk to stir the mixture to make sure that there are no lumps.  Chicken or Turkey broth work great, but if you are going to serve this gravy with beef, you can use beef broth.  I prefer the low sodium versions so that I can control the salt myself. 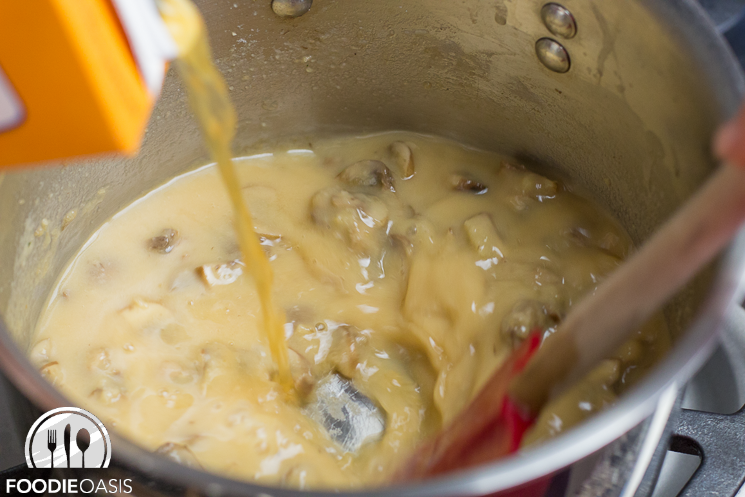 Now it is important to bring the mixture to a boil (not a rolling boil, but a low boil) so that the gravy will thicken.  If you want a thinner gravy, you can add another 1/2 cup to cup of broth after the gravy has thickened.  Be sure to leave the gravy a little thicker than you want the finished version to be because you are going to add cream to the mixture as the last step.

After the gravy is the desired consistency, I add salt and pepper to taste. 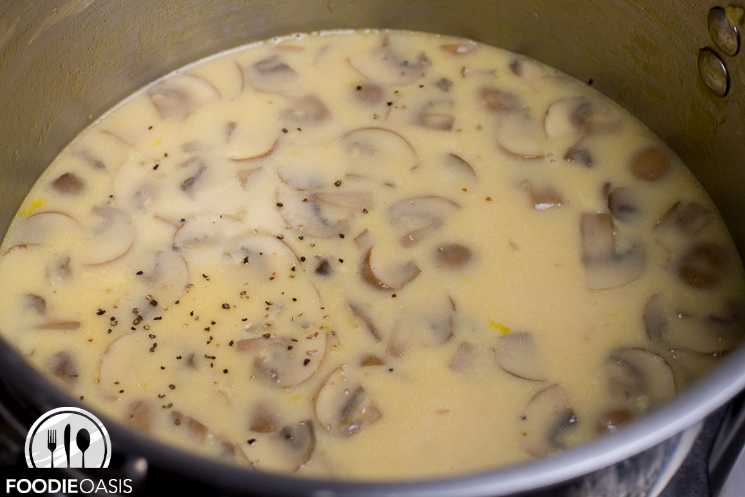 Then I add about 1/4 to 1/3 cup of cream or canned (evaporated) milk to make this a cream gravy.   You can use milk if that is what you have in the refrigerator, but the cream or evaporated milk will make a creamier version of the gravy.  If you don’t want a cream gravy, you can skip this step, but you will miss it.  The photo below shows the finished gravy.  I used 4 cups of broth in this version to make a thinner gravy, but just leave out the last cup of broth if you want a thicker version. 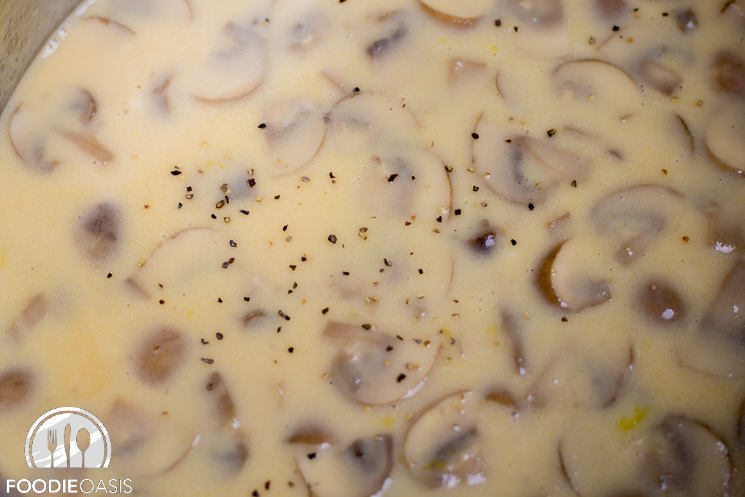 After adding the cream, let the gravy heat through, but do not let it boil again.  Yummy!

Shrimp and Fish Ceviche with Lemon, Lime & More than a Hint of Orange

Defs and Diffs: What Is Gremolata Anyway?