I love stuffing jalapenos and mini bell peppers as appetizers.  Usually I use sausage and cheese for the filling, but one day I was out of sausage and saw a log-shaped package of pre-cooked polenta in my refrigerator.  That’s when it hit me that it could make a great filling for peppers.  I sliced off the sides of some jalapenos and removed the seeds.  Then I cut strips of the cold polenta to stuff into the peppers.  After topping the stuffed peppers with a little grated smoked gouda, I baked them for about 15 minutes at 375 degrees.  After popping one in his mouth, my husband Jeff gave me a quick thumbs up before he even finished chewing!  I tried one and had to agree.  At that point, I knew we had a winner, but I figured that I could still improve on this impromptu idea.  That led me to this experiment.

I started with the premise that bacon makes everything better.  Safe bet, right?  So I sliced several strips of bacon into thin pieces. 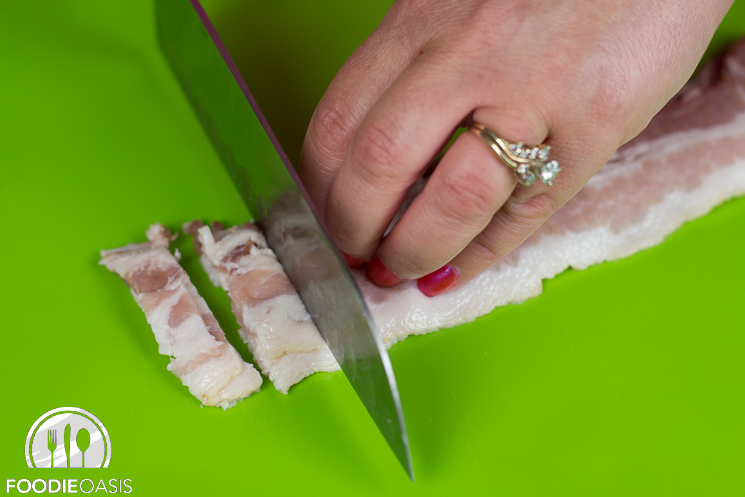 Then I dropped the small pieces of bacon into a cold frying pan and turned the burner on to medium heat.  I tried to be patient (which is hard for me 🙂 ) while I waited for the bacon to start cooking and release from the pan without sticking too much. 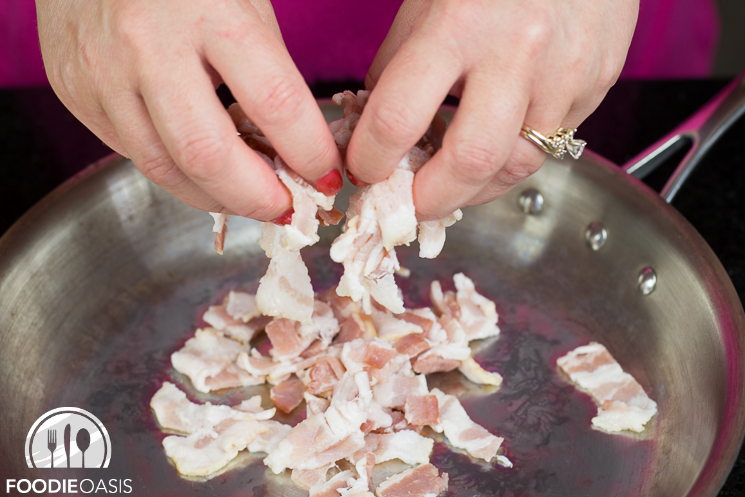 At that point, I used a spatula to move the bacon around so that the fat would render and the bacon would evenly crisp. 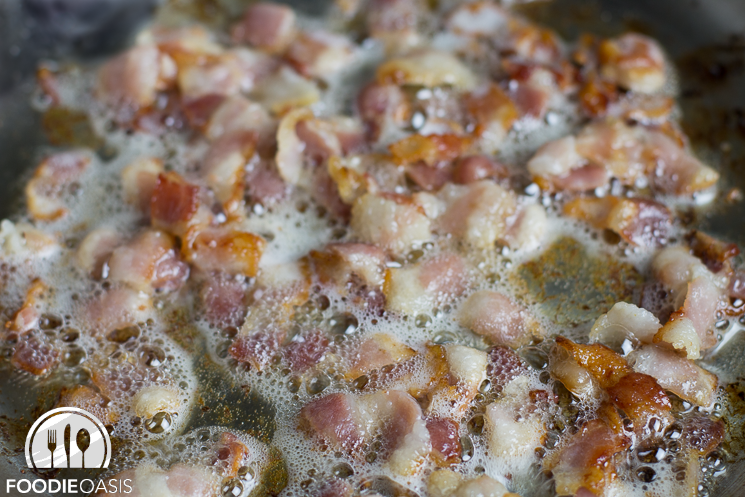 When the bacon was done, I removed it from the pan but reserved the bacon fat and let it cool.  I know, the idea of using bacon fat in a recipe is decadent and not MD approved, but occasionally we have to splurge!

I also grated about 1/2 a cup of smoked gouda using the fine side of my box grater.  Given that it is a soft cheese, next time I will throw the gouda into the freezer for 15 or 20 minutes to make it easier to grate. 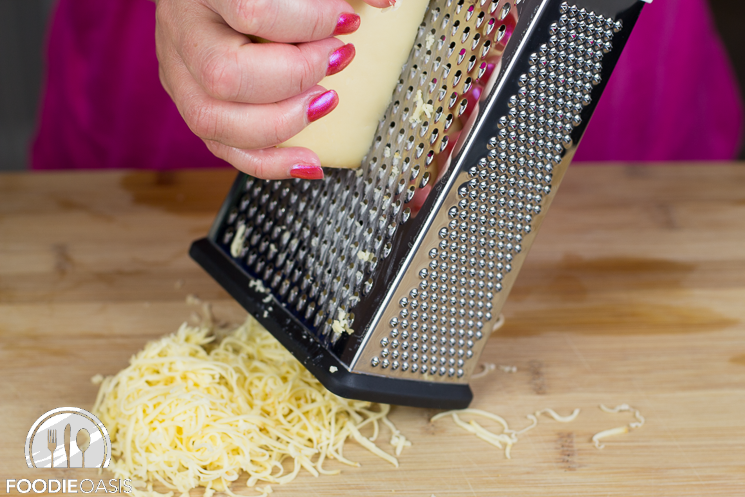 I sliced off the side of a few jalapenos and removed the seeds and membranes, which is where most of the heat/spice lives.  I also crumbled the cooled bacon into slightly smaller pieces. 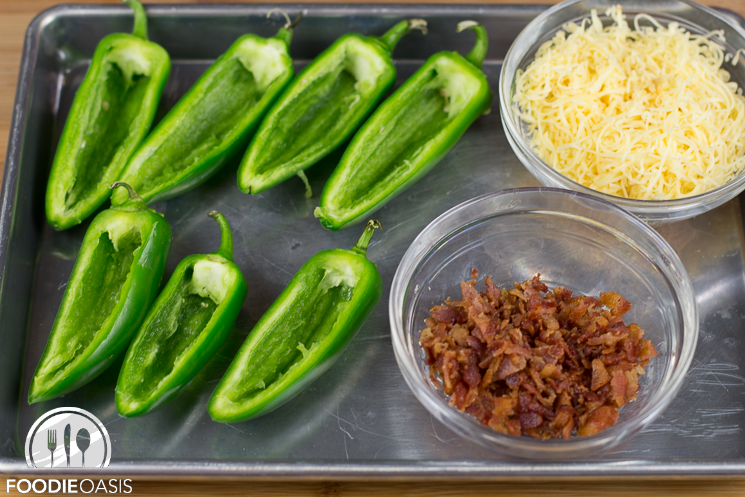 Now I was ready to take the polenta to the next level.  I wanted to infuse the bacon and smoked gouda into the polenta, so I decided to use a quick-cooking polenta rather than the pre-cooked polenta.  Of course, you could start with corn meal and make the slow version of polenta, but I am not sure that it would really make a big difference for this recipe.  Remember, patience is not necessarily one of my virtues 🙂 .

Instead of following the instructions (have I told you I can be a little bit of a rebel when it comes to instructions?), I used milk instead of water, and I used about 50% more liquid than called for to make sure that the polenta was very soft and could be piped into the peppers.  So first, I brought the milk to a slow, frothy boil 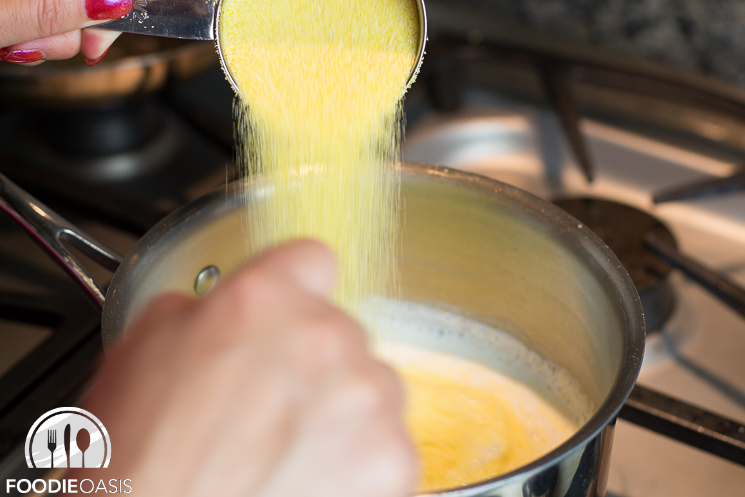 Then I whisked in the polenta.  After about 5 minutes, it had thickened. 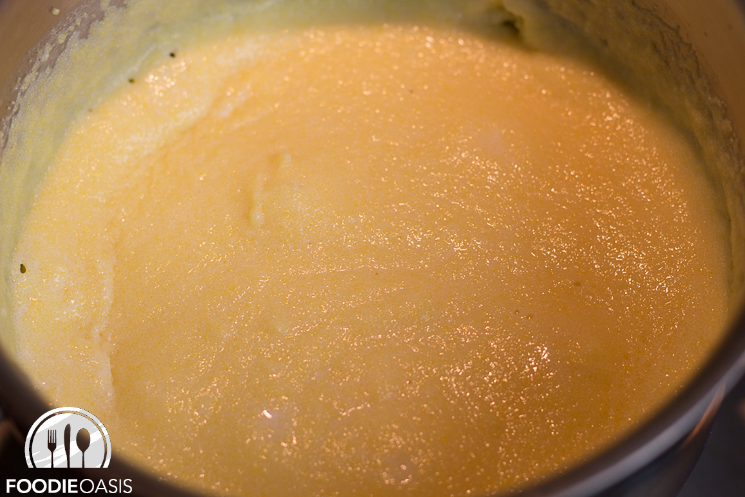 Then I stirred in most of the bacon crumbles.  I reserved a tablespoon or so for garnish though. 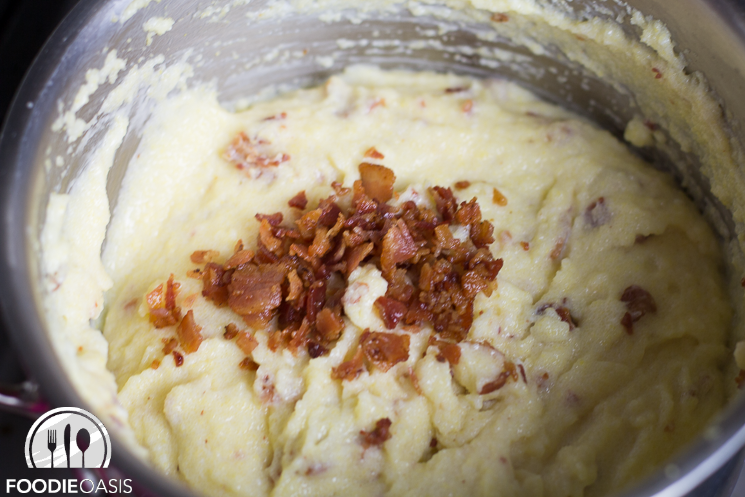 Then it was time to stir in about half of the grated gouda to add a creamy texture and smokey flavor. 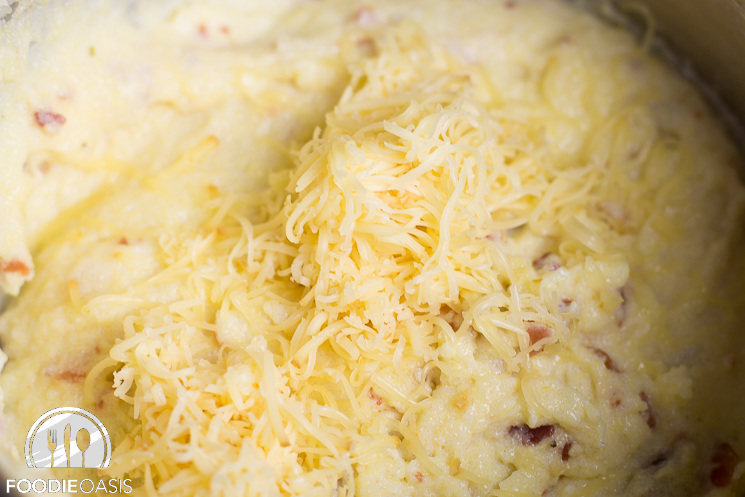 While the polenta cooled a little, I made a piping bag out of a resealable plastic bag.  I placed a wide-tipped piping tip into the bag and snipped off a corner. 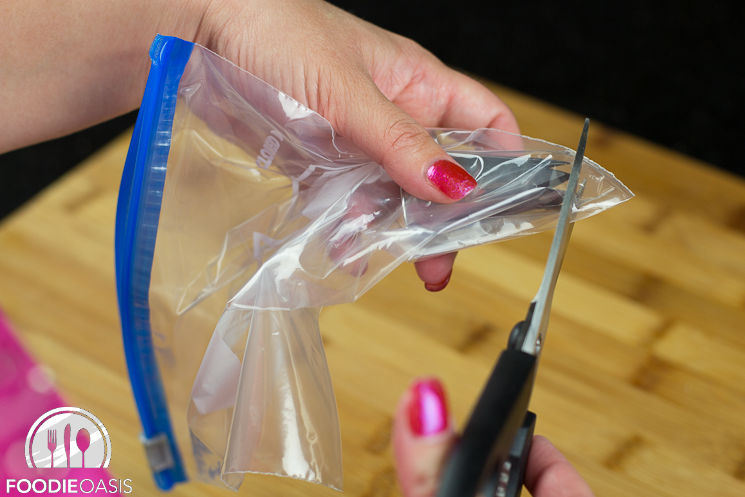 Then I pushed the tip through the open corner of the bag. 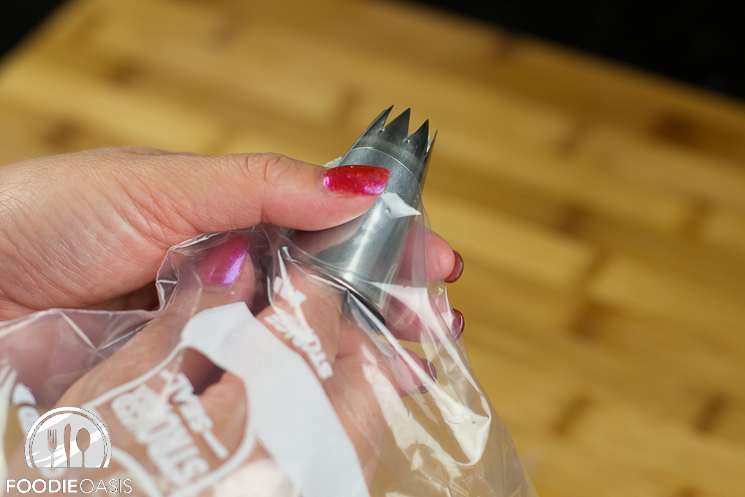 I stuffed the bag into a tall glass and turned the top edge inside out over the top of the glass to hold it open while I poured the warm polenta mixture into it. 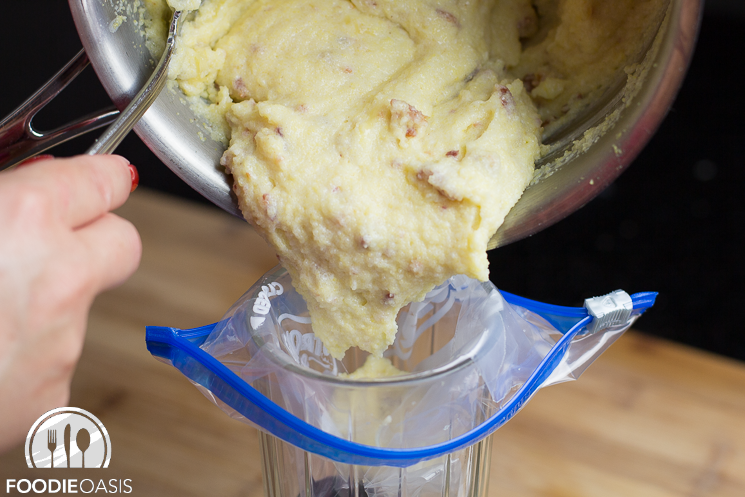 The next step was to close the top of the bag and push the polenta into the corner with the piping tip.  I carefully piped the yummy mixture into each jalapeno. 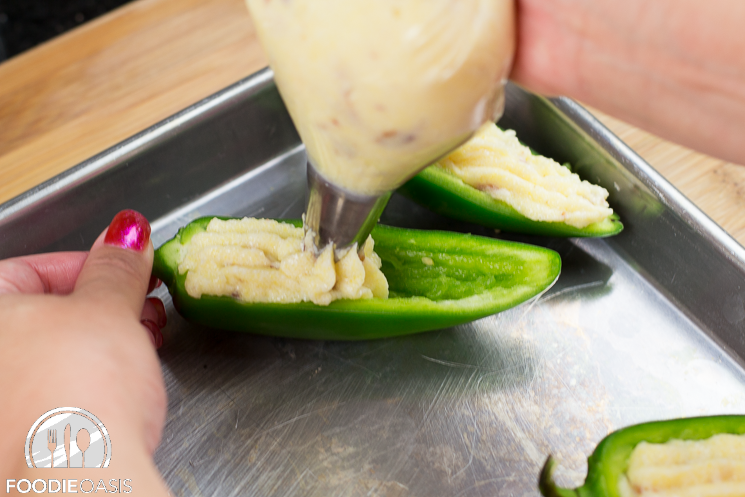 After placing the filled jalapeno shells on a baking dish, I sprinkled the rest of the grated gouda on top and baked them at 375 degrees for about 15 minutes until the cheese on top just started to brown. 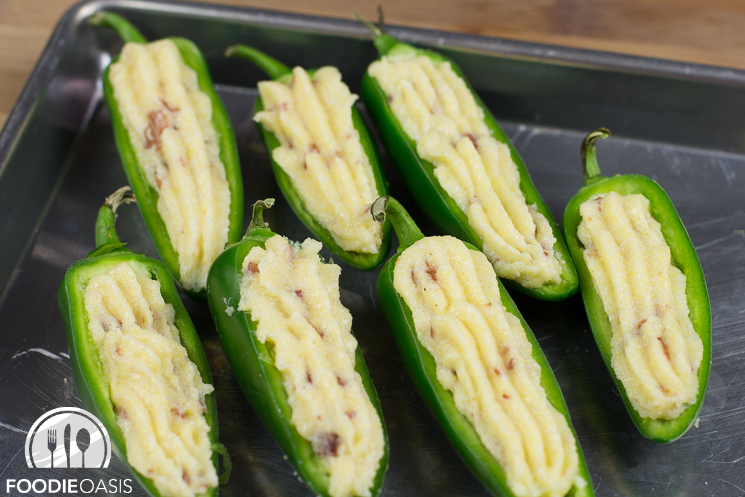 After taking them out of the oven, I let them cool a couple of minutes before plating them. 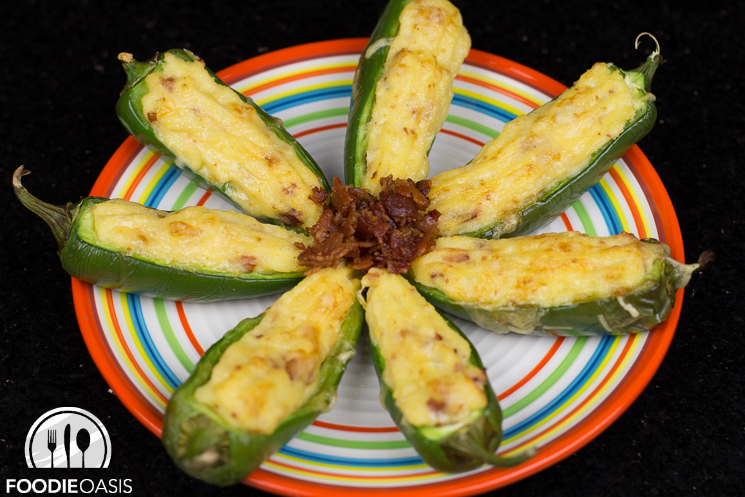 I then garnished them with the remaining bacon.  Needless to say, they started disappearing quickly!  If you want to turn down the spice even more, use mini bell peppers.  Try them and let me know what you think.

Mar 10, 2015
This post is for Judy, who asked whether I had favorite, go-to salsa recipes.  If you like salsa verde, I think you will like these two tomatillo-based...